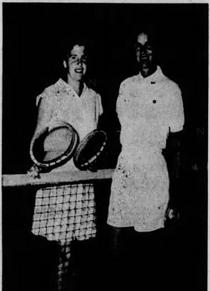 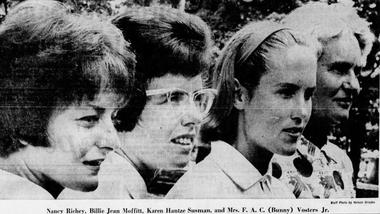 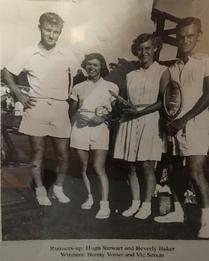 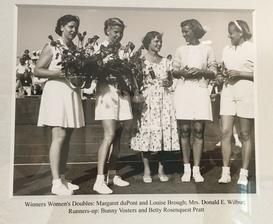 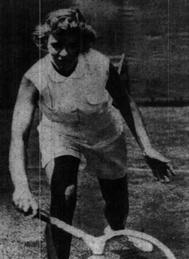 Bunny was the first person inducted into the Delaware Tennis Hall of Fame in 1995. Unmatched in her will to win, Bunny combined grace and athleticism with unparalleled sportsmanship in a tennis career that spanned a lifetime. Bunny was a nationally ranked junior player from Pennsylvania, She  went on to play three sports at Ursinus College, field hockey, basketball and tennis.

Bunny broke into the USTA Top 10 in 1942. She impressed the crowds at Forest Hills with a beautifully fought match against Patricia Todd. She possessed great accuracy and “a nearly unretrievable drop shot,” In 1949 Vosters was awarded the prestigious USTA Service Bowl.

Bunny shared her love of the game with her family. She teamed with daughters Gretchen and Nina to win a record 26 national mother-daughter titles. A pioneering competitor on the USTA senior circuit, she dominated the National Women’s Grass Court Championships throughout the 1980s. Further demonstrating her racket wizardry, she also won 14 national squash titles. Celebrated for her tireless dedication to promoting tennis on all levels, particularly through the Delaware Foundation for Physical Education (now known as the Delaware Tennis Foundation). Bunny is remembered as one of the game’s most gracious ambassadors. 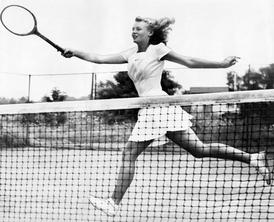 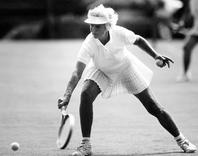 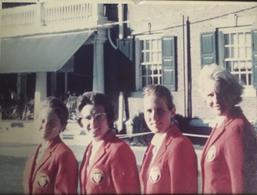 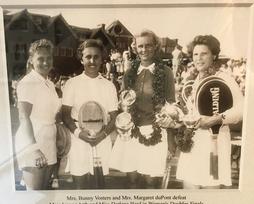 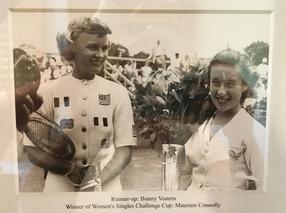