During his career and after his retirement from Delaware Trust, Dutch served on numerous boards, including many charitable boards. These included his service as Board Chair of the American Cancer Society of Delaware. He was president of the Kingswood Community Center, the Delaware Tennis Association and the Brandywine Valley Association. He was a long serving trustee of Brandywine College, which is now part of Widener University. He was the  fund-raising chair of the United Community Fund, now called the United Way of Delaware Inc. He was a board member of the Children’s Home; the Delaware State Chamber of Commerce; the Recreation Promotion and Service Board of Wilmington; the Greater Wilmington Development Council; and the Skating Club of Wilmington.

In addition to being one of the three founders of the Foundation, Dutch also served as its President from 1967 to 1969. In 1995 his wife, Bunny Vosters, was the first person elected to the Delaware Tennis Foundation’s Tennis Hall of Fame. In 1996, his daughter, Gretchen Vosters Spruance was elected. 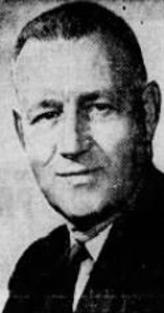 Francis Aloysius Cornelius Vosters, Junior (May 19, 1917 - October 29, 1993) was informally referred to as F.A.C. Vosters, Jr. More familiarly, he was called Dutch by his family, friends and acquaintances. He was born on May 19, 1917 in Lansdowne, Pennsylvania. He grew up in nearby Secane, Pennsylvania. He graduated from Penn State University in 1939. He served with the Navy Amphibious Forces during World War II. In 1942 he married Madge "Bunny" Harshaw.

In the mid 1940's Dutch started Vosters Nurseries and Greenhouses, Inc. in Secane, Pennsylvania. He ran that business for 40 years, eventually expanding to Wilmington, Delaware and Miami, Florida. In 1945 Dutch was hired by William du Pont to be an executive with the Delaware Trust Company. When he moved his family to Delaware, Bunny became the tennis practice partner for Margaret Osborne du Pont. Noted tennis historian and writer, Bud Collins, wrote that Bunny was so talented that she would likely have been as successful as Margaret Osborne du Pont had she chosen to pursue a tennis career instead of raising her family.

After a successful banking career, Dutch retired from Delaware Trust in 1980.