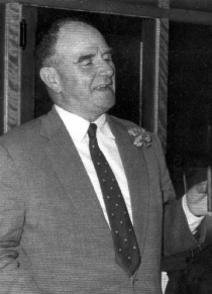 ​​Philip B. Field, was known to his family and friends as Bryan. Early in his career Bryan announced horse races in the 1920's and 30's for CBS Radio and the Mutual Broadcasting System. Later in his career he also announced horse races for CBS television. As a broadcaster he was noted for his "Irish-British-New York accent". Field also served as turf editor of the New York Times. In his June 8, 1930 column he wrote that Gallant Fox completed his “Triple Crown" by winning the Belmont Stakes. This is considered the first written use of the term "Triple Crown" in relation to American horse racing.

Field was hired by Willie du Pont 1n 1939 to be the Press Director for Delaware Park. Delaware Park closed when the United States entered World War II. In 1944 Field was promoted to Track Manager and tasked with reopening the track. He remained the track's innovative manager until his retirement in 1964.  Field was also president of the Delaware Lawn Tennis Association and Chairman of the United States Lawn Tennis Association Public Relations Committee.