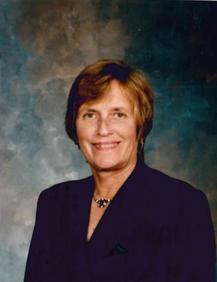 Nancy Keiper (nee Morrison) was a three sport athlete at Haverford High School, class of 1954. In addition to tennis, Nancy played field hockey and basketball. Nancy played doubles her sophomore and junior seasons. As a senior she played # 1 singles. At Drexel University she played tennis and badminton. She was captain of both sports in her senior year. While attending Drexel she began a lifetime passion for teaching tennis. She loved getting a racket in the hand of a youngster teaching him or her how to play the sport. After graduating from Drexel she began coaching tennis at Springfield High School. Her 1959 team won the state championship.

Her coaching took her first to Frankfurt, Germany and then to Delaware. Nancy played Wilmington and Philadelphia League tennis. She played Cup One for DuPont Country Club for 10 years, and then Wilmington Country Club for another 10 years. She coached at Tatnall for one year. She then coached at Archmere Academy for 15 years. During that time, Archmere won the state title twice, and tied once for first place with Tower Hill School.

She was instrumental in establishing the Delaware Tennis Center and oversaw its operation for approximately 14 years. From 1981 to 1998, she served as the USTA Middle States Delaware District Executive Secretary. Her honors and awards area as follows: National Senior Olympics Silver Medal (1993) and National Senior Gold (1995) in women's doubles; USTA 4.5 National League Champions (1983, 1985, 1993), and DuPont Country Club Women's Doubles Champion (1974, 1981,1983). In 2001, she received the prestigious USTA Middle States Presidential Award for her renowned dedication and contributions to the sport and also the DuPont Country Club in Wilmington awarded her the G. Gordon Mitchell Award for her service to the tennis community.

Nancy has been inducted into the Drexel University Athletics Hall of Fame (1993), USTA Delaware District Hall of Fame (1997), USTA Middle States Hall of Fame (2003), Delaware Sports Hall of Fame (2016) and the Haverford High School Sports Hall of Fame.  She has been named Delaware Tennis Coach of the Year (1990 & 1993) and the USTA Middle States (1993). Nancy was a parent, competitor, coach, volunteer, administrator, and employee of the USTA Middle States. Nancy had an impact on the grassroots of tennis and put Delaware on the map as a tennis innovator. She not only worked with Harry Shur of the Rodney Street Tennis and Tutoring Association, a youth-at-risk program, for over 30 years, but also with the Wilmington Tennis Foundation, another youth-at-risk tennis program for 10 years in Wilmington with Gene Thompson. The Rodney Street Tennis and Tutoring Chapter is now one of the top National Junior Tennis and Learning (NJTL) Chapters in the USTA. Nancy is involved with Tennis Rocks, with Harry Shur. She worked tirelessly to bring tennis to everyone from the youth-at-risk, to country club players, from beginners to national caliber athletes. Nancy was widely known and respected for her contribution to "growing the game". She was responsible for raising over $100,000 to support grassroots tennis in Delaware.

Nancy was instrumental in starting and organizing the USTA Adult League program in Delaware in 1983 and now it is one strongest league programs in the USTA Middle States Section. She also was actively involved with "Tennis in the Streets" for over 30 years every May where Market Street in Wilmington is closed and portable nets are set up and 800 or more elementary school youngsters from local schools get a taste of tennis.

Nancy started and remained actively involved in Tour des Courts, a mixed doubles fund raiser. Mixed doubles teams played at private tennis courts in the area during the day and at 4:00 pm players went to the Bellevue State Park for finals and dinner. Funds went to subsidize tennis programs in Delaware.