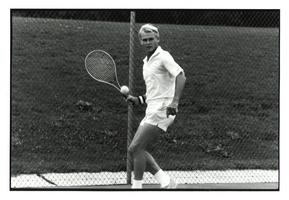 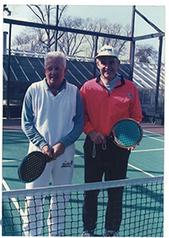 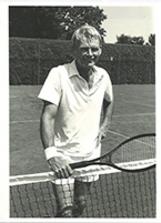 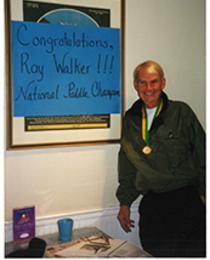 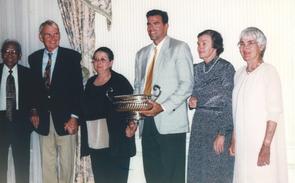 Ray Walker’s tennis career began at the age of 7 on the Rodney Street Courts in Trolley Square. He graduated from Wilmington High School, served in the United States Air Force in the 1950's, and received a graduate degree in Civil Engineering from the University of Delaware. As an undergraduate he was captain of the tennis
team from 1957 to 1959.

Ray won his first tournament at the age of 29 in the Delaware State Public Parks
singles and doubles championship. Ray went on to become finalist in 167 sanctioned singles & doubles championship tennis tournaments and a winner of 96 of them. In Delaware, he was a finalist in 73 singles & doubles tennis tournaments and won of 45 of them. In the span of his playing career he has had 24, #1 rankings
in DE, (multiple age groups, singles and doubles), 10, #1 rankings in Middle States (multiple age groups, singles and doubles). Nationally, he has ranked as high as #4 in USTA 55+ doubles, and #13 in USTA 55+ singles.

In addition to his impressive playing record, Ray gave back to the sport continually throughout his life.

Ray served as chairman of the: